What’s that, you want celebrities AND Renaissance art in the same blog? Well then, you best pull up a pew, as our very latest virtual scriblings comprise both. Courtesy of the creative endeavours of a gaggle of photo retouching artists like us. But NOT us. Not yet, anyway. Not until next year.

In a world seemingly gone crazy over Photoshopped versions of themselves, it’s always refreshing to discover that there remain some who don’t take themselves (or their lives, for that matter) too seriously. And while some of the more narcissitic persuasion choose to selfie themselves to within a mile of their natural, there are others who instead envisage Mick Jagger as Ludwig Van Beethoven.

Albeit with a little visual nudge in the right direction from their friend and ours, Adobe.

So basically these are the celebrities reimagined in Photoshop you mentioned in the title?

Yes. But please read on. We are going somewhere with this.

For the record, we’re not* about to draw attention to those of us (ahem, photo retouching artists) who might occasionally decide to Photoshop their cat’s head onto the body of Horatio Nelson. Because as amusing as that sometimes transpires, the joins aren’t always seamless as we like to believe.

Plus it’s a bit odd.

However the same can’t be said about the following examples of the non-pet Photoshopping genre. Which all look incredibly professional in execution.

Put simply, there’s no way on God’s green earth you could accuse any of this lot of being amateurish. Especially not in their approach to immortalising the likes of Kim and Kanye West as the devoutly stern couple pictured in Grant Wood’s instantly recognizable 1930 composition, ‘American Gothic’.

Although we’re assuming that many of the entries were submitted by individuals with no formal training in the art of Photoshopping. Along with many more who, like us, are pretty well versed in the dark arts. Primarily because the competition is open to anyone and everyone with ready access to Photoshop. Pros and not-so pros alike.

Celebrities Reimagined in Photoshop as Renaissance Beauties. And not so Beauties

Created by the guys over at designcrowd.com, their annual ‘Celebrities in Classic Portraits’ competition attracts interest from far and wide. From the hugely talented, through to the passionate would-be photo retouching artists. And every level of skillset/pay grade which falls in between the two stools.

The brief is a straightforward one. Stating that anyone participating answers the following question to the best of their ability. And obviously via the gift of Photoshop.

‘If the Renaissance took place in modern times, and the models were famous pop culture celebrities, what would the artwork have looked like?’

As you might imagine, this affords most people carte blanche to REALLY go to town. And use their mind’s eye to picture just what Vin Diesel would look like as Michelangelo’s ‘David’. And any transient thoughts of a similar ilk which many of us photo retouching artists (practising and long in the tooth) muse over on a daily basis.

The only rules of engagement decree that entrants transpose the prominent figure found in the foreground of any famous or iconic work of art with any contemporary actor (or popular culture figure) they see fit. In terms of a physical substitute.

For example, replacing the head of the character in Edvard Munch’s ‘The Scream’ with that of Seth Rogan. Just for a laugh. And because they can. Providing that their Photoshop skills are strong.

As it happens someone saw Seth Rogan’s head better served attached to the torso of what we believe to be one of Henry VIII’s various ex wives. Ruffle and all. And we have to applaud their majesty.

And to avoid any confusion, the peeps over at Design Crowd said/say (for future entrants) budding Photoshop experts can use any old painting or work of art. Not just those from the Renaissance period.

Speaking of future entrants, and having only just stumbled upon this competition, DT is hell bent on making our mark next year. As you might have expected us to admit/get stupidly excited about.

In the meantime, take a ganders at some of this year’s Photoshopped wonderment and let us know which is your favourite. And yes. As you might have guessed. There are numerous counts of President Trump being reimagined as someone he isn’t.* Together with a job lot of Mona Lisa (plural).

*Although we actually are, because that’s one of the CATegories (officially acknowledged as ‘Animal Renaissance’) we’re about to explain. Along with ‘Modern Renaissance, Punk-a-Ren, Holiday ModRen, DinoRen’ and ‘Club Medieval’.

**Ours is the catchily titled, ‘Death by Fire or by Raptor’. Which has been pictorially inspired by Renaissance artist, Raphael’s ‘Fire in the Borgo’. Two images directly up from here, for those not in the Renaissance Art loop. That being said, it was a toss up betwixt this and Kim and Kanye being all American Gothicised.

***Pretty much anyone vaguely human 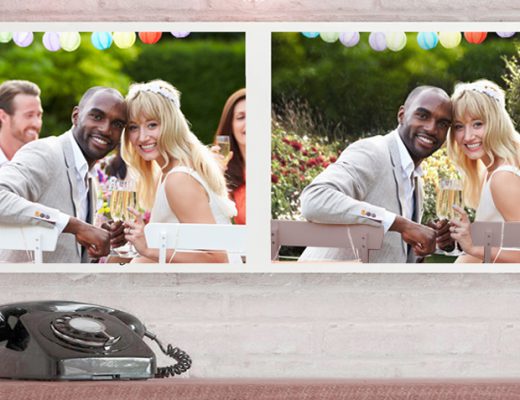