Based in the heart of England we are an established full-service photo retouching provider. We’ve spent over 8 years successfully delivering on briefs for both business and personal clients looking to enhance the quality of their all-important images. Companies and individuals seeking a photo editor, UK based, are reaching out to us seeking answers to their photo editing requests.

Subsequently recognised as Trustpilot’s number 1 digital photo retouching solutions experts, we have built a strong reputation by visually capturing what clients see in their mind’s eye when they approach us.

Not only that, but we also offer a fast turnaround of briefs. Coupled with timely and friendly responses at every stage of the process.

Bringing together a wealth of photo editing experience, our passionate image manipulation team is led by Jilly Jackson. Who habitually lends a female perspective to what often borders on sensitive requirements.

Whatever your brief is, we guarantee to fix the photo leaving you impressed with the full digital retouching solutions we deliver. One which reflects and continues to underpin our proud Trustpilot and Google rankings.

‘It’s not just Google Reviews acknowledging the myriad of satisfied customers singing our praises over the past 8 years. We have also generated a significant volume of positive feedback from clients. Many of whom have registering their appreciation with Trustpilot, with regards to the photo editing briefs we’ve fulfilled for them.

And as anyone knows, a business’s reputation can hinge on the power wielded by the impartial people who leave make or break feedback on the ‘go to’ customer reviews website. Reviews which afford would-be customers priceless insights into both the quality of work delivered, together levels of customer service experienced.

Therefore our expansive selection of glowing customer reviews on Trustpilot go a considerable way to prove that we don’t just talk the talk. Digital or otherwise. And that essentially we’ve become a trusted source of satisfaction for everyone’s photo editing needs, be they business or personal.

But don’t just take our word for it. Take our clients and Trustpilot’s……’

Nothing should ever spoil a bride’s big day. And certainly not Mother Nature making a mockery of her hair during the photographs. But then sometimes – and with the best will/photographer in the world – the worst case scenario plays out. And even if that doesn’t, then there’s always the groom’s father and his badly positioned corsage which has slipped beneath the radar.

Still, thanks to the marvels of modern wedding photo editing services, help is never more than an email away. And we’re always happy to come to a bride’s post-wedding day rescue and help her save face when it comes to sharing those crucial wedding album images …more

‘There’s no denying that a picture is worth a thousand words. And when that image is a cherished one, then detail needs to be at the emotional heart of the composition. Which is precisely where we come in. To ensure that precious photos which authentically captured and defined a passage in your life are subsequently edited in a way that timelessly preserves the very essence of the original snapshot’ …more

‘We can help change the way potential new clients look at your business, brand, product or service. Simply by removing unwanted backgrounds, retouching existing images or juxtaposing envisaged layouts. All of which are crucial elements to ensure that your company is projected in the best possible light’ …more

When we lose people close to us, we often rely heavily on old photographs to transport us back to a time and place when they were still with us. It’s only human. Therefore to be able to restore images which bear the tell-tale signs of aging – including fading, scratches, creases and stains – to former glories can serve as a much-needed pictorial conduit to our pasts.

We have had the privilege to apply our restorative photo editing skills to countless customer briefs over the years, many of whom have found themselves overwhelmed by the finished piece. As indeed have we, by playing our part in the process …more

Platinum Portraits – The Most Iconic Images Of Queen Elizabeth II 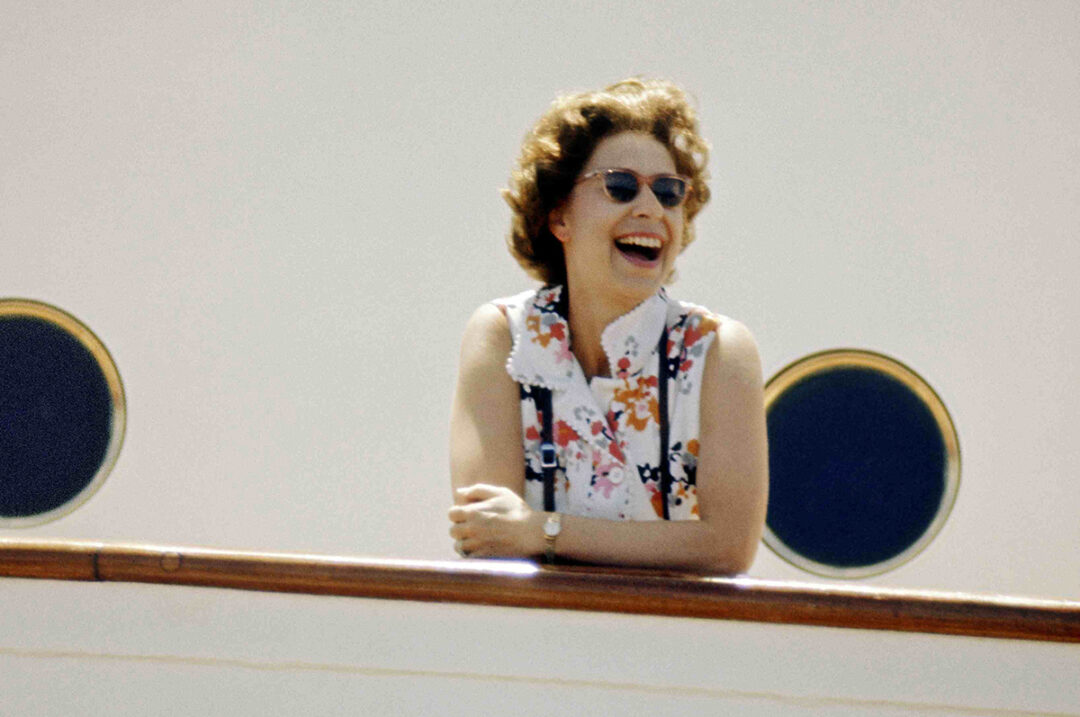 In a world dominated by selfies often filtered to within an inch/pixel of our very naturals, it’s refreshing to learn that portraits are still very much a thing. And very much a thing if the letters which prefix your name read, HRH.

As the nation helps HRH Queen Elizabeth II celebrate an astonishing seven decades on the throne serving her subjects, Digital Touch takes a memory-jogging look back. At seven of the most evocative images of our record-breaking monarch. From officially commissioned portraits. To impromptu snapshots. To hologrammatic pieces.

A retrospective which conversely begins with the very latest iteration of the perceived visual likeness of our country – and the commonwealth’s – enduring figurehead. And with it being 2022, the artist is not even real.

Welcome instead to the virtual perception of Queen Elizabeth II. As seen through the contemporary eyes of an AI bot. Created by boffins here in the UK. And found at the forefront of this rapidly emerging tech movement.

Like anything we don’t totally grasp the concept of. As is that most human of conditions.

The actual reality of Ai-Da’s ‘Algorithm Queen’ is nothing short of amazing, however. If not a little surreal. Stroke unnerving. Especially so should we let our minds momentarily transition to darker machinations.

Away from the H.G Wells, and it’s impossible to not marvel at this. The most recent portrait of the Queen. As we all observe her unprecedented Platinum Jubilee. Unofficial this portrait may be. Yet staggeringly detailed nonetheless.

But this particular blog is designed to take a more casual stroll down memory lane. Recalling some of the most iconic illustrative, photographic and hologram captures of the past seven decades. Not to mention, eclectic.

Formed as one quarter of his ‘Reigning Queens’ series, famed American pop art pioneer, Andy Warhol derived this screenprint from a media photograph. Which was taken in 1977 to commemorate the Queen’s Silver Jubilee. The photographic silkscreen technique appears in many of Warhol’s most instantly recognisable pieces. Whilst this specific print was additionally published as a Royal Edition. Differentiated by way of diamond dust infused on the drawn lines.

Dorothy Wilding was an official royal photographer in the early 1950s. Noted as the first woman to be appointed to this role. In February 1952, Wilding captured this striking black and white portrait of the Queen. Just 20 days after she ascended to the throne. The back story being, to create portraits to use as the foundations for future commercial interests. Including the presentation of the Queen’s image for replication on new coins, banknotes and stamps. This photo went on to become the visual bedrock of the later two and a half pence stamp. Released to celebrate the Queen’s Coronation in 1953.

Despite the backdrop looking for all intents and purpose like Westminster Abbey, this 1954 photo of HRH Queen Elizabeth II utilised a theatrical alternative image. Geographically captured in a Buckingham Palace drawing room. Cecil Beaton’s globally renowned official Coronation portrait observes the Queen in full regal regalia. Including the imperial state crown, orb and scepter. And remains to this day one of, if not the most, familiar of royal portraiture.

If ever an artist polarised opinion, then Lucian Freud was that artist. Widely considered an acquired taste at the best of times, this 2001 canvas pretty much divided a nation’s understanding and acceptance of what constituted a royal portrait. Initially depicting the Queen’s head and shoulders alone. Freud subsequently expanded his minuscule canvas by 3.5cms. Ensuring that his sizing up of the monarch’s muralled musing incorporated her diamond diadem. Generally Freud’s vision was met with derision in many quarters. Save for The Guardian’s (then) art critic, Adrian Searle. Who heaped praise on the expressionist work. Going on to describe it as, “The best royal portrait of any royal anywhere for at least 150 years.” Digital Touch believes that the Queen/one wasn’t that amused by the finished result.

Created to mark Jersey’s 800 years’ of allegiance to the crown, artist Chris Levine waxed lyrical about the overwhelming ‘aura’ and ‘power’ regarding its famous subject matter on release in 2004. To enable what we’re viewing here, the creative process involved the facilitation of a variety of hi-tech equipment. A high-resolution digital camera was at the heart of things, which captured some 200 images over 8 seconds. Along with a 3-D data scanner required to texture-map onto the 3-D data sets.

If a picture paints a thousand words, then this Patrick Lichfield photograph from 1972 adds an even greater – yet off-camera – narrative. According to the royal snapper himself, the Queen was enjoying her silver wedding anniversary-celebrating tour of the Far East aboard HMY Britannia. When Lichfield – documenting events – was pushed into the pool, during high jinks/jolly japes. Fortunately his camera equipment was waterproof. Which meant he caught a very relaxed Queen Elizabeth II laughing at the situation on the royal yacht’s bridge.

Julian Calder – 2010 – ‘The Queen of Scots, Sovereign of the Most Ancient and Most Noble Order of the Thistle and Chief of the Chiefs’ (photograph)

Few would argue that visions rarely get more quintessentially Scottish than this 2010 photo of the Queen. Choreographed in her most natural surroundings. Shot on the royal family’s Balmoral Castle estate, the dramatic scene projects an almost fairytale ambience. As Her Royal Highness is pictured in traditional costume. Said to have been inspired by Scottish painter, Henry Raeburn, there’s something incredibly real about this piece. And bookends perfectly with robot artist, Ai-Da’s ‘Algorithm Queen’ in Digital Touch’s opinion.

By Appointment To The Queen!

….and to arguably the Queen’s favourite portrait. Apparently it’s not royal protocol to publicly comment on any of her official portraits. But that didn’t stop the monarch from asking the National Portrait Gallery to recruit the Italian artist, Pietro Annigoni for the second time of asking. So impressed was her royal highness with his original take on her back in 1954, she recommissioned Annigoni’s artistic services some 15 years later.