Like any business operating in cyberspace, digital image editing services like ours rely on (ever-changing) SEO best practices and protocol to thrive. For digital photo retouching services, it can be tantamount to our online lifeblood. And should never be underestimated in terms of power and potential reach.

But where did it all start? Who invented SEO? Was it actually Google as we all assume? Not that we’re suggesting putting its birthday celebrations on hold….

And just WHERE would we all be without Google? If indeed we can prove beyond any reasonable doubt that Google single-handedly invented SEO, eh?

Well, we’re given to believe that the internet search engine monolith practically invented* the organic discipline technically known as SEO. Had it not, then personally, DT – like most 21st Century digital photo retouching services might not actually be found anywhere. Simply due to page ranking, more of which later. And that’s because we exist – and conduct our business – primarily in cyberspace.

Despite sometimes feeling like you need a PhD in Applied Science, Biometrics, Mathematics, Marketing, Computer Science there’s no denying that the exacting art of SEO is a beautiful thing to behold once you master it. Which in terms of digital photo retouching services, we consider ourselves past masters at. As do Google.

And it’s no different what online sector you ply your trade in either. As SEO has always been a dominant force to be reckoned with, and continues to play a pivotal role in leading clients to websites. Just as much as paid search is an equally significant means to a similar end. And again, a virtual division which sees Google dominate thanks to its ubiquitous AdWords. Or Google Ads, as it’s recently been rebranded.

On the note of evolution – and to celebrate Google’s coming of age party – Google has taken us all on a trip down (64 bit) memory lane this week. By way of dusting off its very first search engine home screen page. At a time when competition for search engine monopolising was still very much up for grabs. Courtesy of Lycos, Alta Vista, Yahoo, Excite, Alltheweb, Infoseek and Ask Jeeves. If you happen to have any nerdish recollections of any of Google’s nearest rivals who fell by the information superhighwayside. Inadvertently leaving the path clear for the destined daddy of them all to reign supreme.

Cast your minds back to 1998 anyway. That was the year that Stanford University students, Larry Page and Sergey Brin created Google. Only it was originally called ‘Backrub’, which didn’t quite have the same impact. Alas they couldn’t Google an alternative just yet. And let’s be honest here. Backrub probably wouldn’t have become a verb if they’d stuck with it.

Apparently Google’s moniker was chosen because of the number 1 followed by 100 zeroes. In an attempt to reflect the fact the pair were ambitiously attempting to organise all the information in the world. Literally (and numerically) EVERYTHING.

Google Wise-up and Go On To Devise SEO and Immediately Own the Internet. Kind Of…

Although Google experienced something of a sketchy start according to experts in this sort of thing. Nevertheless everyone agreed that it had the makings of being the most powerful search engine on the internet. And from this potential behemoth rose search engine optimization. Which essentially, for the uninitiated, is a series of virtual tools which manipulate the system by which websites (and their landing pages) are ranked. In the instant that a web browser/human keys in specific search terms.

Soon after Google realised that algorithms were relatively easy to get a handle on. Subsequently being tweaked by every man and their Lycos dog. Google promptly wised up and began pushing out updates to their predominant algorithm. Adding extra-curricular new factors, these techy adaptations started punishing sites that were just out to make a killing by ranking high in the SERPs (search engine results page). And the rest is history, right?

But Wait a Minute. Didn’t I Read Somewhere That Google DIDN’T Invent SEO? And That a 70s Rock Band’s Manager Did By Accident?

Hmmm. This statement isn’t without foundation, we’ll give you that much.

And events circulating around this counter claim took place just a year earlier in 1997. When the manager of (by then) long-in-the-tooth American rock band, Jefferson Starship blew a fuse. Incidentally the band was born out of the disbanded Jefferson Airplane, for any pop pickers out there. It was the manager who accidently created the birth of a new field that grew to become search engine optimization as we know and smell it today.

Said rock band manager was incandescent with rage on discovering that the official Jefferson Starship website (as was, in 1997) ranked on page 4 of some unnamed search engine at the time. As opposed to the top of page 1. Especially as geek folklore has it that he was in the midst of negotiating a deal for the band with a club promoter. While on tour at 3am and failing to remember the url of the website.

Far be it from us to imply that alcohol consumption might have played its role in this momentary lapse of memory. Anyway, all that we do know is that he wanted to impress the would-be promoter with this hip new web presence. So instead typed in the appropriate details into a search engine. Only to embarassingly scroll through 4 pages before finding the site.

So, Sounds Like Google CAN’T Claim the SEO Bragging Rights After All Then…

Cue an ensuing (and frank) telephone exchange in the early hours between Jefferson Starship’s manager and the Senior Vice President of Audience Development at website creator, Cybernautics. Suffice to say the next morning Cybernautics big wigs called an immediate and extraordinary AGM. Where they bluntly had explained to them their important client’s beef. Followed by instructions to every member of staff to drop everything they had on that day. Roll up their sleeves – in a serving Health Minister visiting a hospital fashion – and then master the art of search engine ranking. Making it the company’s number one priority henceforth.

A quick trawl on a search engine (don’t forget, we’re talking about 12 months before Google was invented), and Cybernautics’ IT movers and shakers realised this. That search engine rankings were determined by just how many times the keyword appeared on an individual web page. And that in relation to Jefferson Starship, dedicated fans pages cited the band’s name on more occassions that the band’s official website did. And was the reason that the latter fell some way/pages below.

Ergo some instant – and far-reaching – ‘optimising’ was desperately required so as to propel the band’s official online presence to the top of the pre-Google search engine charts. Hence SEO was born and a whole new industry/way of web life followed.

And why you’re reading this particular piece of content here and now. Possibly….

*OK. It sounds like Cybernautics were responsible for inventing SEO, and not Google as first thought 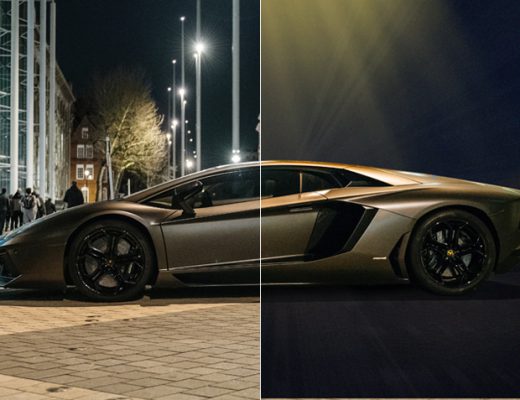 How Do You Make Your Lockdown Wedding Photos Look More Professional?