But remember, remember. If you don’t manage to pull it off, we can save your blushes by lending our Firework Photo Retouching Services skills to the suspect images.

At this time of year, talk often turns to the subject of fireworks. What with Bonfire Night almost upon us, and New Year’s Eve beginning to appear on more than just excitable firework photo retouching services‘ radars. Of course, the former will be pretty ‘on trend’ this season. Because if ever we needed Guy Fawkes to do the business once again, then it’s here and now with the moribund topic of Brexit relentlessly dragging on.

Yet whether they’re organised examples or privateer affairs, firework displays have to comply with Health & Safety concerns these days. So alas, Boris and Co can sleep easy in their Parliamentary beds.

Sorry, what was that?

Here at Digital Touch we embrace fireworks throughout the calendar year. Primarily due to lot of bride and grooms organising a display to celebrate their nuptials. And yes, sometimes the subsequent images leave a lot for newlyweds to desire. In fact, we’ve just this week completed some firework photo retouching services briefs for a wedding client. Who requested that we add/reverse engineer a firework which had gone off just milliseconds before the original picture was taken.

Which we duly factored back into the shot.

On previous occasions we receive wedding photo retouching briefs asking us to add more sparklers than the guests pictured are actually holding. However image removal and adding is very much part and parcel of what we do. Plus we’re suckers for anything to do with weddings, so naturally it’s always a pleasure to fulfil these briefs.

Yes. We Did Just Mention Something About a Guide to Taking Decent Fireworks Photos

We haven’t forgotten already. We’ll explain more in a minute.

Away from the worlds of contemporary wedding photo image enhancing and historic gunpowder, treason and plot type factoids, today’s pyrotechnical displays are altogether more visually seductive experiences than ever before. Some even being accompanied by a classical music soundtrack to crank up the element of drama a notch or three. Who else reckons that Jean-Michel Jarre would go down a treat in this scenario, or is it just us?

There’s no doubting that year on year, firework displays seem to get bigger and better, with those who’ve got money to burn really upping their games. Never before has the billing of ‘Fireworks Spectacular’ actually delivered on the promise sellotaped to the window of the local newsagents.

And the Advent of Snazzier Smartphones Means Fireworks Photos are That Much Cooler Too, You’d Imagine?

And on the back of our smartphones becoming increasly adept at capturing the arresting sights and sounds above our heads at this time of year, resultant photos can border on the almost professional too. The key word here being ‘almost’.

Providing the user has a little elementary knowledge on how to the extract the best from their digital device. If they haven’t, then rest assured the traditional run of out of focus, flat, blurry and/or over-exposed shots of firework parties will end up plastered all over our social media feeds during the next couple of months.

So How Do I Nail a Killer Shot of Fireworks With my Smartphone? (i.e, the gist of this blog)

There’s a number of ways to achieve this mean feat, some more self-explanatory/common sense than others. So here’s DT’s summarised version of how to digitally touch firework photo-capturing greatness.

Always try to position yourself upwind of the display. As this means the smoke will drift in the opposite direction. Which translates as the sky remaining relatively clear for your endeavours. Also don’t hang around too long. Once fireworks get going, skies quickly fill with smoke, rapidly reducing visibility.

Seek out the more interesting perspectives. For instance if the fireworks display is close to water, see if you can get closer to the action on a boat.

We get it. For maximum drama, vividly coloured fireworks tend to work best against a solid black backdrop. But think a bit more creatively, by framing your shots to give them some much-needed context. Think about including skylines, landscapes or the juxtaposition of the crowd of spectators themselves. This helps generate a clearer idea of scale and scope too.

Forget about it. Won’t make one iota of difference when you’re snapping pics of fireworks, trust us. Same goes for zooming in. Waste of your time, as both significantly diminishes photo quality.

Fireworks photography is ALL about the timing. Get it right, and you ascend to God-like status. Get it hopelessly out of kilter, and there’s nowhere to hide (apart from in the link to your immediate left). Hit the capture button on your camera phone with too much urgency, and you jump the gun. Too late, conversely, and you’ll quickly discover the firework’s burst has already passed you by. Photography experts suggest listening out for the initial whistle as the banger or rocket heads skywards; and second before the starburst. That’s the ideal time to pre-empt the lightshow in their professional opinion, so who are we to disagree.

Smartphone photographer’s best friend bar none, the burst mode should be re-named, ‘beast mode’. As that what transpires as you time your shot to perfection. Basically you’re all-but guaranteed to capture the highlights if you opt to shoot a very rapid succession of frames by holding the shutter button down.

HDR or Not to HDR

The latter. This feature will just slow you down, courtesy of its long-exposure set-up.

Less ‘War of the Worlds’, more something-else-which-kinda-rhyme- but-we-haven’t-actually-thought-of-as-we-go-to-press. If there’s one element in taking the picture perfect fireworks shot that ranks above everything else, then it’s having a steady hand. Failure to do this will mean the fireworks could end up being all over the shop. If you can’t afford a tripod, just ensure that you grip your phone with two hands and lean against something solid. Like a wall or tree for support.

OK. You’ve Meticulously Followed These General Rules of Firework Photo Retouching Services Thumb, But My Pics Are Still a Bit Sketchy. Now What?

We’ve all been there and can empathize. The otherwise perfect shot of your partner, family, friends (or other assorted loved ones) has been ruined by the presence of some sub-standard fireworks photographed in the background? Rogue ones as those behind the lens prefer to call them. Despite spending time carefully creating what they thought was the perfect composition.

Well, some suggest subtle photo background removal retouching is the solution staring them in the face. Only that would defy the objective as puritans would doubtless concur. Rendering the offending image merely as a picture of a couple/group of familiar people caught at night.

So instead we’d go all out and recommend our more general firework photo retouching services.

We know what you’re about to say.

Something along the lines of why can’t you keep your firework photo retouching in-house, via a smartphone image filter app. Well nothing’s stopping you from doing this. And if you’re after a half-hearted approach to photo editing, then fill your boots by all means.

However, if you’re looking to circulate your Bonfire Night, New Year’s Eve or indeed, wedding celebrations pics far and wide, then the chances are you’ll need to apply a little more blue sky thinking than that. Although technically it’ll be night sky thinking. But let’s not bogged down with details.

Come On, Spill. What Do You Do To Salvage Your Fireworks Pics?

We summon the forces of our digital photo enhancing software package Gods, together with flexing our finger muscles. Hugely important when using the graphic tablet pen tool which relies on a fair bit of punishment when we’re making your prized photos pop.

Obviously we can’t tell you everything we know/do, as if we did we’d be left with no other option than to kill you, obviously.*

We must stop right there though, or we risk giving a little too much away about what we’ve been doing for over 8 years now. And have Trustpilot and Google Reviews left, right and centre as customer testament to the quality of the job we do.

So next time you realise that the would-be money shot you mistakenly believed you took while attending a Bonfire Night, New Year’s Eve or wedding fireworks display is actually pretty cruddy, then remember (remember) to get in touch with us.

*JOKING!! It was the video who killed the radio star you should be hunting down

In Too Deepfake: Digital Image Editing That Skews Our Sense of Reality 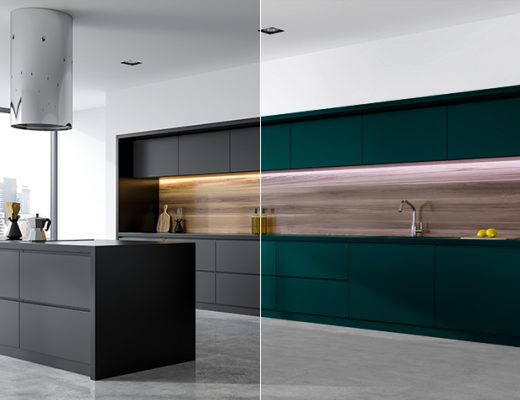