Alberto Villoldo: ‘With imagination, we can hold a universe inside our minds.’

After the somewhat lethargic Christmas break we thought we’d ease you gently into 2020 with a whimsical and undemanding blog read about biocentrism. And how we, as digital photo retouching experts are fascinated with the way in which we interpret what we see before us. And acknowledging that what we see, might not always be what our minds are telling us we see. The eyes are just messengers, remember.

Don’t fret. There’s a point to all this after the first couple of paragraphs. So don’t look away just yet.

You may not be aware of biocentrism. However it’s an alternative theory of pretty much everything we take for granted around us. Ergo, it’s a pretty big deal.

Biocentrics touches on a number of schools of academia. Including science – quantum physics, along with other populist branches – astronomy, philosophy, existentialism, ecosystems, religion and math. And challenges our accepted thoughts and ideals quite like nothing else. That being said, the very concept of everything we never question potentially existing as only perceptions in our heads. And which are inherent and learnt episodes in all our lives and times.

We agree. This sounds like it belongs in the realms of sci-fi.

Grappling with the biggest of bigger pictures for millennia, it’s not just digital photo retouching experts who’ve pondered the imponderable during that wasteland between Christmas and New Year. Philosophers and scientists have carved careers out of musing just what the nature of the real world actually is. Indeed, some 300 years ago George Berkeley ruminated one of the most rhetorical posers in the history of mankind, as we understand it to be. He famously waxing lyrical about ‘the only thing we can perceive are our perceptions’.

Which you’d be right in thinking is very heavy (man). And could be mistaken for the type of conversation people under certain primarily nocturnally-inspired influences/refreshments might engage in. Long into the night.

To possibly better explain this laterally-applied logic, ask yourself this. Is consciousness simply the matrix upon which the cosmos is apprehended? Think about it for a moment. In reality (whether a skewed one or not) the likes of everything we take as read fundamentally only exist as perceptions in our collective heads, don’t they. Colour, sound, temperature and everything else we sense. At what juncture do they become absolute essences?

Next we quote one of the most learned minds on the subject of biocentrism, Robert Lanza. He says that; “In the broadest sense, we cannot be sure of an outside universe at all.” And compares the theory to a personal experience which started him on his journey. Lanza described how he once happened upon a spider who was busy surveying its universe (an an insect captured in its web). But everything beyond that gossamer pinwheel was incomprehensible, according to Lanza. The presence of whom himself must have appeared as distant to the spider as telescopic objects seem to us.

Anyway. Time to bring this mind-expanding thought process back to an arena digital photo retouching experts can relate to. We could cite some fascinating examples of how we visually interpret what we imagine/convinced we see. Fervently believing the vision before us to be the actual representation, and physical embodiment, of what our brains are informing us that we’re focusing on. You might still not be entirely au fait with the more graphic comparisons we’re attempting to draw (tenuous as they might be) between biocentrism and certain imagery we’re confronted with. The sort which we choose to immediately accept ‘as is’.

If so, then try the following approach to the subject. One which is perhaps more relevant and relatable in many ways.

This Wasn’t Merely a Dress Rehearsal

We’ve all been privy to those social media posts where you’re challenged to determine the pictorial piece that appears before you. Which to the untrained eye stands as an optical illusion for the most part. A couple of years ago we were asked to establish if a seemingly innocuous dress was white and gold in colour. Or black and blue. Which sparked a national debate that transcended society. And where everyone from learned scholars – including a Physicist at Cambridge – to Taylor Swift shared their opinions on the subject.

It was concluded that an optical illusion was the culprit, stemming directly from how the human brain processes colours in different environments. Or to be more precise, how as individuals we perceive colours to be when they’re in close proximity to certain objects. And specifically their reflected light which falls under the object under scrutiny.

According to a professor of Colour Science and Technology at the University of Leeds, one in 12 men are colour blind for a start. But that doesn’t let the rest off the hook either, as those that aren’t colour blind don’t always see colour in the same way. The boffin went on to explain that such episodes (the #thedress meme, for instance) should be a more regular occurance. And that people wrongly assume that everyone sees the same thing in a photograph.

Lending his thoughts on the topic, Ron Chrisley, Director of the Centre for Research in Cognitive Science at the University of Sussex, added his views. “Which colour we see isn’t just a matter of the light coming into eyes, it’s the inferences that caused that input. We use the context to inform our colour experiences.” The leading academic goes on to say how some people factor in context so as to form a more expansive colour experience, whilst others purely see what’s in front of them.

Interestingly Chrisley continues; “Given what we know of the brain, and it’s a good guess, is that someone who is used to manipulating images and white balance might be able to perceive the true dress colour in a wider range of contexts and ignore context, whereas others can be easily manipulated.” Before inferring that individuals who have experience of altering luminance in Photoshop may not be fooled by it.

Did Someone Say Photoshop?

Aha. Photoshop mentioned. Which is of course, our cue. But with this being our first blog of the new year (and decade), we’ve decided to concentrate on the biggest of bigger pictures. As we’ve already proven from the outset. So we’ll stick with the science and biological perspectives till the end, if that’s all the same with you.

Someone is Definately About to Mention Evolution Though. It’s Inevitable

On which note, evolution. Boffins are quick to point out that humans evolved to see in daylight, despite the fact that the most naturally-occuring of light sources changes the colour of everything we scan. And that our eyes habitually try to compensate for the chromatic bias of daylight colour. Apparently we view objects as we do, because light is reflected.

So when we witness something, light enters the eye with varying wavelengths which correspond to different colours. Subsequently the light hits the retina in the back of the eye where pigments fire signals to the brain department tasked with the remit of processing said signals into an image. Finally our grey matter decided what colour the light is bouncing off the object in our immediate vision. Courtesy of substracting the colour from the real colour of the object.

We bet you wish we were talking about the Kardashian’s latest Photoshop faux pas now, don’t you.

Thanks for the Meme-ories

The Facebook dress meme is neither the only or indeed, first instance when our eyes deceived us. Some of you may also recall the famous Adelson’s Checkerboard Shadow illusion. Which although sounding as if it’s a hyperbolic publicity stunt pulled by David Blaine (which may or may not incorporate the facilitation of a suspended transparent box), wasn’t. But did draw gasps from casual observers unable to fathom out just what they were looking at, in the way they were supposed to according to those in the know.

As Axl Rose Once Implored us to Do. Use Your Illusion

And if you’re still in the dark, try this.

Adelson’s Checkerboard Shadow illusion exploits the mechanisms underlying lightness constancy. Which in plain English means our capacity to perceive the lightness (or reflectance) of a surface as invariant. Even when the intensity of incident light (the illuminance) is changing at a point, or is variable across the surface.

Our inherant ability to differentiate between brightly lit dark surfaces and dimly lit white surfaces, ensures that we can detect edges and forms, under normal conditions. Thanks to lightness constancy. Along with our understanding (or should that be, accepted perceptions) of size, shape, colour and feel, light constancy allows us to skillfully negotiate our environment. This broad field is referred to as ‘perceptual constancy’. And is generally defined as a subject’s capacity to perceive some property of an object as being independent of external conditions (e.g. lighting or distance).

There. We told you this blog was going to be easy on all our jittery New Year brains.

On a final note, we’ll leave you with this thought. To further hurt you head.

Rather than assume a reality that predates life – and is, arguably, responsible for creating it in the first place – biocentrics are proposing an alternative vision of reality. Basically the premise that life – particularly consciousness – creates the universe. Inferring that the universe could not exist without us.

Welcome to 2020 with DT. We promise you less taxing blogs to come (insert smiley emoji HERE)….

A – Z of Pandemic-proof Wedding Protocols 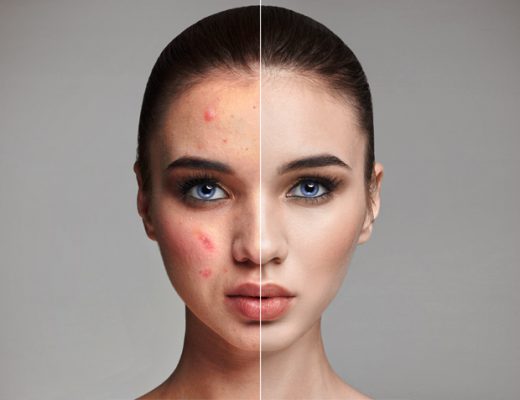