It’s not just the aesthetic of photos which can benefit from a timely modern makeover, care of digital image enhancing experts. There have been many instances where TV programmes of yesterday, old movies and classic music videos have received a remastered digital touch. At the hands of gifted image editing professionals at large in their specific fields. The latest in a long line being none other than Wham!’s instantly recognizable/resolutely seasonal, ‘Last Christmas’.

You know the one.

Where a young George Michael gave someone his heart, but unfortunately shouldn’t have bothered; seeing it was casually discarded by the thankless recipient in under 24 hours.

What’s this got to do with digital image enhancing experts?

Don’t sit/stand there and try telling DT that you’ve never wanted to see the late, great George Michael’s luxurious – if not subtly highlighted and slightly snow-dampened – 80s mullet digitally remastered during any part of the past three decades or so?! Because if you’re currently shaking your own tousled mane, then you’re lying.

For those unperturbed by 80s taste and excess, then you’re in for a visual treat this festive season. Courtesy of the release of a brand new digitally re-jigged version of Wham!’s seminal winter hit, ‘Last Christmas’. What’s that? Did they have a seminal summer hit too? Er, two words. ‘Club’ and ‘Tropicana?!’

Why should I care?

Because you have a heart (although technically not the one George was so seemingly benevolent with sometime around Christmas 1983). And/or you’re a child of the 80s. Or a massive fan of any one of the following winter pursuits;

The wearing of garish ski wear

So what’s the script?

Revisited by moving image restoring bods to celebrate the 35th anniversary of the release of the original track (there have been a number of subsequent covers* since 1984, most of which have defied logic), this iconic song and music video combo is definately deserved of such a lavish contemporary makeover in our opinion.

Because everyone – and we mean, EVERYONE – recalls how ‘Last Christmas’ was famously kept off the top of the charts (and the fabled Christmas Number One slot) by an equally memorable track Bob Geldof, Bono and Co. When they took it upon themselves to highlight the plight of Africa’s famine victims in 1984. Which had made for distressing news headlines that year.

But how does this explain why ‘Last Christmas’ is back in the news ‘This Christmas’ though?

The long-overdue turn of what is, arguably THE best Christmas song ever penned (the Blog Editor’s decision is final here, by the way; no correspondance will be entered into) to grab the headlines, is down to two things. From what we can make out, anyway.

Despite being on EVERY Christmas album compilation and being the unofficial soundtrack to high street Christmas shopping forays for most of our lives to date, it’s now found itself gaining even more seasonal airtime. Thanks to a new movie purportedly inspired by said song.

Yes, that saccharine-sweet holiday rom-com starring Khaleesi from Game of Thrones and Henry Golding, being the first. Which was destined to spectacularly bomb according to cold-hearted filum** critics, yet appears to be doing the box office bizz right now. And which heavily features George’s songs and just so happens to share the name of Wham!’s Yuletide Number 2, non-summer best-seller in its title.

And secondly due to the powers that be (the Wham! ones, for the record, record) deciding that the best way to acknowledge that this Christmas – not last – marks 35 years to the month/year that the track was released, is give the evocative music vid the full 4K razzle dazzle. Which they duly did. With a little help from digital image enhancing experts. One of those responsible being the original director himself, namely Andy Morahan according to sources.

So, how can we tell the difference in the quality of the music video (apart from the fact we’ve just told you its screen sharpness is incredible compared to the earliest interpretation)?

Because like all the very best visual enhancements (think along the lines of digital photo restoration, for example), the devil is in the detail. Clarity, colouration, light, shadows, etc all play a significant part in the core restorative qualities sought out when fine-tuning an image. Be it static, cinematic or in this particular case, music-based.

What does all this actually mean to me?

It actually means that you can enjoy the spectacle that is, ‘Last Christmas’ (the Wham! hit, NOT the movie) through new eyes. Virtually imagining what it would appear like had it been recorded in 2019. Facilitating state-of-the-art digital cameras and quite plausibly recruiting the services of professional Michael, Ridgeley, Pepsi and Shirley dopplegangers wearing 1980s fashions. Such is the levels of celluloid authenticity observed in this 4K reboot. A video dropped and uploaded to Wham’s official YouTube page just this ‘Last Weekend’, and which has already accumulated a staggering 4 million views and counting.

Now That’s What I Call 4K Digital Remastering. Incidentally, is there anything else I need to be aware of?

Yeah. Were you aware that ‘Last Christmas’ isn’t even a Christmas song? If in doubt, when was the last time you noticed Noddy Holder, Santa, a reindeer, Mr Blobby, a children’s choir or Cliff Richard in the video? Exactly. The song is essentially about a failed romance that happened to blossom on December the 25th (otherwise traditionally known in pop(ular) culture as Christmas Day).

Yet ultimately ceased to exist approximately one day later, on December the 26th (typically referred to as Boxing Day). When the ungrateful person who George gave his heart to only 24 hours earlier, decided to give it away.

*(ahem) ‘notably’ from the likes of Euro Dance Pop-peddlers, Cascada, that inanely-grinning, Crazy Frog and our very own ex-X Factor contestant, Olly Murs. Mercifully Gwen Stefani, Jimmy Eat World and Good Charlotte are among the cool musicians who have also afforded ‘Last Christmas’ their unique takes on it too

** the common pronunciation of the word, ‘film’ if you’re of a Lancashire heritage

How Do You Make Your Lockdown Wedding Photos Look More Professional? 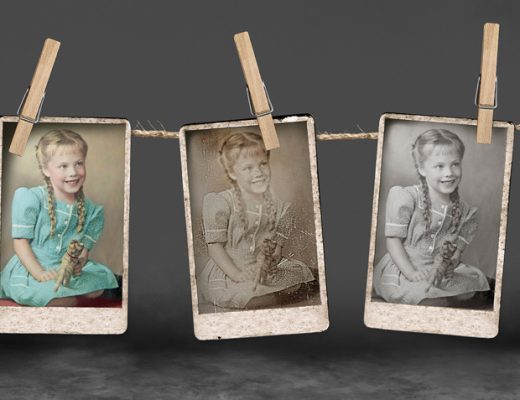