We’re currently living through somewhat surreal and largely unprecedented times, which just a couple of months back nobody would have predicted. A time and a place where no one is quite sure what happens next. Or even what – or indeed, when – ‘next’ will transpire as.

Most of us are using this newly-precious, yet strangely unfamiliar time to reconnect with – and invest in -a simpler way of life. Love and family and community are the new currencies by which we exchange our literal ‘goods’, as we bear witness to a more stripped back existence. Arguably what some of us have been advocating for years, yet never envisaged would be triggered by such an extraordinary set of circumstances beyond any of our control.

And yes, many of us are choosing to be a little retrospective and turn to happier, or at least, more emotionally-secure times gone by to steal ourselves a little peace of mind. Learning new coping mechanisms to make what sense we can of what’s been thrust upon us all at the start of 2020, and the testing weeks and months which lie ahead.

But we’re not going to dwell on any fleeting or more entrenched negativity, instead concentrating on the positives.

Like so many others are focusing their energies on during these challenging times. The wave of hope and optimism emerging from a wealth of quarters is both joyous and uplifting, and something tangible we can all embrace and work with during these difficult days. Days in which we give thanks to those looking out for us.

Living, breathing guardian angels in the form of NHS staff, together with those whose ancillary jobs include feeding a nation and delivering for and to a populace in isolation. Yet where social connectivity is one of the keys to maintaining both our spiritual and physical wellbeing, and harnessing a new-found strength of self.

Many of us are using this period to remind ourselves of what’s really important in our lives. Family, community and togetherness being at the very heart of everything true and palpable like never before. Not to mention a human spirit and inherant benevolence and fervour for a broader, wider, deeper-running community, which is hugely inspiring to observe and contribute to.

You don’t need us to tell you, but one of the best conduits we have to our past – be it the more immediate one or that which we feel compelled to revisit right now – is the hitherto situated within the very fabric of the visual. By that, we mean the photograph.

Arguably one of the most rudimental of interactive fusions with who and what we once did. With whom we enjoyed these timely snapshots and cemented memories. As it’s memories which are certainly helping us to sentimentally navigate our way through this potentially psychologically-demanding minefield, not least courtesy of social media.

Now instantly identifiable as our ‘go-to’ lockdown companion and technical touchstone to a world which has seemingly altered and distorted beyond anything we have historically acknowledged, the devices which we grasp in our hands are perceivably tantamount to Michelangelo’s ‘Creation of Adam’.

And yes. Drawing comparisons to the iconic art which resplendantly decorates the ceiling of the Sistine Chapel with mobile telecommunications may sound a little pretentious, however we are ultimately giving each other life here and now; and a platform to construct a new way of existence from.

When you think about it, when before has what lies directly beneath our fingertips been as virtually imperative to, and without over-egging it, our collective sanities as a nation hunkered down and physically segregated and detached from each other.

Where previously our smartphones, tablets and laptops were measured more in terms of their materialistic values, they have all of a sudden metamorphacised into societal lifelines. And when we’re not keeping in aural touch with our absent-with-leave loved ones, we’re checking in on what until late was viewed by detractors as our un-real world. The sphere we were all guilty of dedicating a little too much time to. A social condition which was, to some, bordering on the unhealthy.

However now it’s not just acceptable to wile away hours on our phones, but actively encouraged; perverse as that edict might have been to conceive just a few months back.

Under lockdown our cultural sensitivities have been skewed, as they present as our only portal into each other’s daily lives. A parallel universe of immeasurable worth which we all enthusiastically subscribe to as a means of staying in touch as we strive to staying safe.

Amongst the many spirit-uplifting memes and posts doing the rounds since drastic lockdown measures were introduced – and subsequently adopted by millions of Brits – photo challenges have made an always welcome return to the realms of social media. Which gets our vote every time. Irrespective of whether we’re living our ‘normal’ lives or trying to survive what we could be forgiven for believing was the impending apocalypse. Which it by no means is, just to reiterate. However desperate and disenfranchised we might feel.

Every theme imaginable, from ‘our most memorable bike rides’ and ‘posting pics of ourselves as kids compared to what we look like now’, through to ‘our favourite seaside or mountain pics’ and naturally, ‘best dogs and grandchildren pics’. Although not necessarily together as the one entity. But that’s not to say you couldn’t if you fancied. As let’s face it, there’s no particularly binding rules at this juncture. Save for the actual Government-legislated ones we’re all rightfully adhering to as part of the bigger picture.

Another participant-enabling social media photograph challenge which caught DT’s eye has to be the popular, ‘Until Tomorrow’ example of the spontaneously-occuring genre, which surfaced on Instagram in recent days. Which sees users post unflattering throwback pics of themselves, complete with a cryptic caption. Terms and conditions stipulate that if you like someone’s photographic upload, you must post your own embarrassing snap and keep it on your profile for 24 hours thereafter.

Elsewhere, another time-consuming photo-based challenge-of-sorts invites people to post what they consider to be the most photogenic pics of themselves – and only themselves – prior to tagging 10 of their equally most photogenic friends to do the same. All in the name of projecting positivity. OK, and perhaps a little borderline narcissism. But hey. We can all be excused that on this occasion, right?

Everywhere we turn the internet is awash with a veritable smorgasbord of online photo challenges to keep us all preoccupied during lockdown, the majority of which quickly go viral, for want of a better word. Which naturally serves as a very worthwhile diversion ploy as we try to detract our gaze away from the darker stuff. Much of which can be largely inescapable within an online surround as we write.

Anything goes in terms of photograph-derived outlets to sidetrack us from the aforementioned parallel universe we all seemingly feel we’re living in right now, with new – and possibly more elaborate – themeologies being willingly dreamt up by the day. As they should.

It’s not difficult to understand why such pastimes have gained traction. After all, reminiscing over old photos has always offered a safe haven in an emotional storm. And now is definately no different. That’s because as humans we crave comfort and belonging in images that capture passages in our lives which project good times. Stress free times. Carefree times. The sort which were commonplace up until a few weeks ago. Not that DT is flirting with pessimism, let it be known.

This passage of unrecognizable time will pass, make no mistake.

And with it the anxieties which many of us are experiencing. Yet while it’s played out in homes up and down the country, now is the time to remind ourselves of that most precious of commodities. Us. Each other. Our loved ones. Our nearest and dearest. And the photographs we keep of those we hold closest to us act as a significant ocular conduit to this, perhaps now more than ever as we seek solace, meaning and positivity throughout what we’re being asked to accept as the ‘new normal’. For the foreseeable future at least.

Meanwhile, another photo-based pursuit is providing further much-needed distraction during lockdown. And as pastimes go something many of us are immersing ourselves yesterday, today and tomorrow. It’s also fair to comment it’s a job quite a few of us have been putting off for as long as we care to remember. Only now we have no excuse for avoiding when we’re captive audiences within our own four walls. Especially once we’ve exhausted all other outlets purporting to home entertainment.

That includes lining up the week’s recycling on the stairs and taking aim at our discarded milk cartons and pizza boxes with the air pistol you found hidden deep within the bowels of the garage which you accidentally had no choice but to tidy a few days earlier.

I doubt DT are alone in that particular means of time-wasting.

Back to our evocative memories caught on Fuji Film though. Or whatever other means of 2D capture facilitated back in the days of 80s family caravan holidays. For that also read bank holiday road trips to castles and/or the seaside, which were apparently educational. All of which have been screaming out to be aesthetically revised for modern day interaction, along with broader sharing amongst friends and families at this time.

What better window of opportunity will we all have to finally sort out those compendiums of old school photo albums which lurk in the shadowy receses of the family home? Or alternatively those languishing unloved in the back of wardrobes located in the spare room/attic. eg, none whatsoever.

Many people will dedicate a chunk of time to perhaps digitally regenerating their original photographs so as to afford themselves easier access and versatility in the distribution of images. Be it to engage in the very latest social media photograph challenges or simply bring their old photos out of the dusty shoebox vaults and kicking and screaming into the 21st Century by means of whatever digital restorative process readily available to them.

Picturing a Different Future Can Be a Positive Visualisation

One thing is for sure through all this though. And that is photos – and the memories encapsulated within – will unequivocally act as a soothing visual blanket to many of us during these uncertain days and nights. An instantaneous channel and tangible feed to an escapist idyll which is familiar to us all. And a timely reminder that what’s gone before will come again.

We’ll pictorially cement more – and new – memories for our future’s future and beyond. It’s just what we do and have always done – well, since photography was invented – and right now makes us feel a little more human. And in touch with our innermost selves as materialitic habits and ethos’ of old are cast to the wind and society undergoes something akin to what many might concur to be a much-sought reset.

When we look back on 2020, the visual image more than many elements will tell the whole story. A story of how the global community joined as one to fight an unseen enemy at the gates, and how we all photographically documented the highs, the lows and everything in-between for both ourselves and future generations. 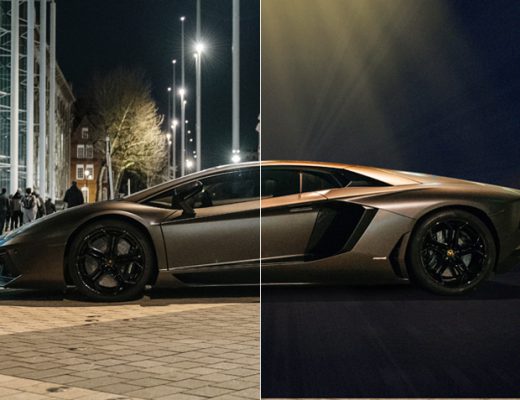